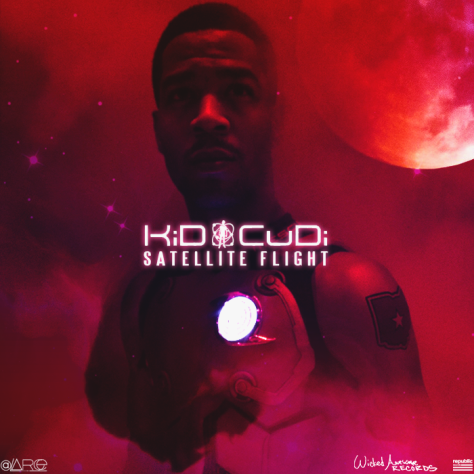 The album features many of the dark, space-like overtones and sounds Cudi is known for.

Following the Beyoncé marketing/distribution model Cudi released the album two months early, without any promotion and mainly just by informing his followers on Twitter the album was now available.

Standouts include the rock-influenced, WZRD reminiscent “Going to the Ceremony,” and the more spacey, deep tuneage of “Destination: Mother Moon”, “Satellite Flight,” and “In My Dreams 2015.”

“Copernicus Landing” also channels this spirit and the more beat-influenced ride through intergalactic soundscapes of “Too Bad I Have To Destroy You Know,” is what we have come to expect from the Moon Man.

The album is a good listen all the way through and reminds one of his last album Indicud with elements of the Man on the Moon albums and his WZRD project.

If this album release is successful, we are bound to see more artists “suddenly” releasing albums and more no-marketing, direct-to-fan approaches, which for Beyoncé worked incredibly well. Not good news for promotional agents, but great news for music artists and their fans alike.

One thought on “Satellite Flight: The Journey to Mother Moon”