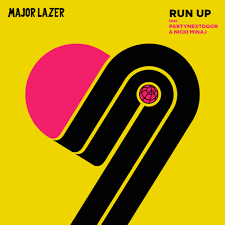 It’s 2017, and continuing from the previous year there is no shortage of mainstream artists collaborating with EDM DJ’s and producers changing the face of the electronic genre altogether. Artists that one would’ve never thought would be on electronic tracks are now commonplace, and that’s the case with Major Lazer’s new song “Run Up” featuring PARTYNEXTDOOR and Nicki Minaj.

Combining Major Lazer’s signature “reggae” sound, electronic/bass rhythms and a catchy beat, the tune is a lighthearted track for the winter season. While there are no big drops or shift-changing elements that take the song to the all-the-way-turnt level, it’s still an enjoyable listen. Nicki Minaj sounds best having the last verse to herself, keeping her more as “an addition” to the song as opposed to the focus, smart move on Major Lazer’s part. What do you think about this song and about Minaj’s feature?

[Update:] Apparently a music video shot in Trinidad & Tobago is expected to drop for this song relatively soon (as of Feb. 2, 2017).