Atlanta rapper Floss B is making waves on Streetz 94.5 and more with his new single “Ain’t Even Do It”.

Rapper Floss B has been making waves as his latest single “Ain’t Even Do It” continues to enjoy airplay on Atlanta radio stations such as Streetz 94.5 FM. The single evokes elements of trap and street music much along the same lines as Travis Scott, Jeezy or Young Thug. The heavy bassline rides throughout the song over trappy 808-snares, blending well with the repeated hook “I ain’t even do it.” Check out the stream of his new song above (compliments of DJ Holiday’s “Holiday Season” blog).

Alabama-born rapper Floss B, Brian Verner, has lived in Atlanta for over a decade and says he’s hoping to shake things up a bit as he becomes further involved in the music industry.

“I’m trying to bring good quality music back to the game,” said Floss. When asked what are his next plans for his music, Floss responded, “I am really just very thankful to have my song being played on Streetz 94.5 and receiving a lot of support from DJ Holiday.”

“I just want to see how this song does then I’ll go from there” he added. 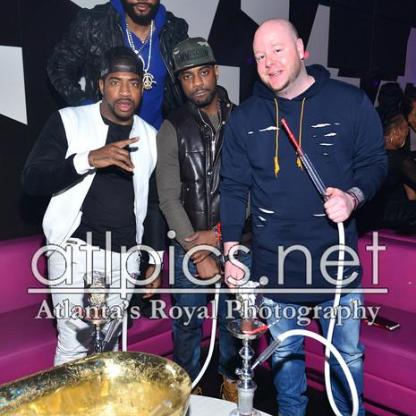 You can read the article on Floss B‘s song on DJ Holiday’s blog as well.
Floss B Facebook Fan Page