We’ve got two smash singles for you to check out today. New festival EDM from Kaskade and Jersey House from Mvntana. 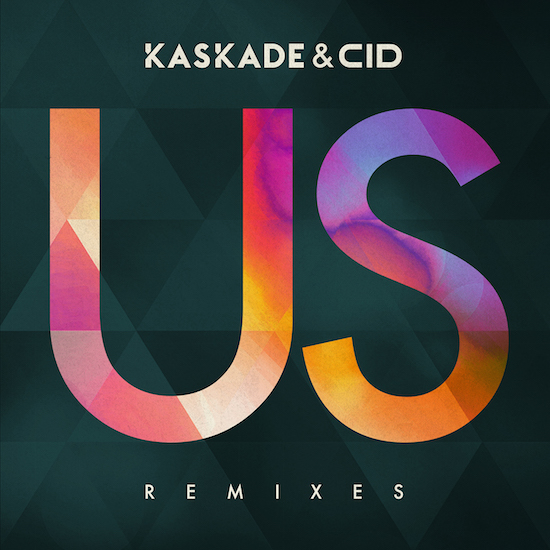 We are the start of something new

Just in time for the warmer weather, perfect for Spring and Summer EDM fests, one of my favorite house producers, Kaskade, has released a music video for his single “Us” made in collaboration with CID. The music video follows a family in the Philippines throughout their day, taking an observational look at universal, albeit basic human interactions and emotions.

The song definitely channels massive energy with its minimalistic build-up into a bass-blasting ride through heavy synth waves and chords. “Us” is sure to be a club and festival favorite and it is great to see Kaskade still coming out with material all-the-while changing up his musical styles, and doing so successfully. This song will hopefully be one of many future Big-Room hits to come.

Melvitto on the beat
Just wanna tell you a story ’bout dis girl wey I just meet
She looking fly, yeah she lookin’neat
Ya boy looking like money, right from my head down to my feet but,

She dey smile at mi,
I dun really know what it mean…

This song has been in heavy rotation the past week or so on all my music-enabled devices. Producer Mvntana‘s massive remix of Ayo Jay’s “Your Number.” Transforming the floor-filling dancehall number, featuring Fetty Wap, the remix combines the original’s dancehall and reggae vibes and melds it with bass-bumping Jersey House.

The result is an insanely catchy high-energy dance track doing the hot 2013 single justice, well worth checking out. You can listen to the original and watch its music video below the remix above. Learn more about the artists below:

Origins’ posts of the day include a hip-hop throwback from one of the game’s legends, Eminem. On the flipside, EDM Origins covers two deep-trance throwbacks, one, vocal chill the trance, the other a festival-ready trance-hit.

From his 2010 album “Recovery” which Eminem has rapped about in his semi-unreleased single “Syllabes” featuring Jay-Z, Dr. Dre, Stat Quo & 50 Cent, claiming “Encore he [I] was on drugs, Recovery [I] was flushin’ em out” Eminem recognized this wasn’t his strongest album, but despite that a few bangers are still present. “Seduction” is a deeply-emotional track with a very solid beat and rhyme structure where Mathers compares the rap game to a woman he wants to seduce with lines like “One minute she loves you / the next she don’t / she’s been stolen from you / it’s like a (verbal) seduction when I tell ’em ‘Girls on the floor…”

Eminem is contanstly brought up on comment sections and internet forums as one of the “Greatest MCs of All Time,” whether true or not, no one can deny the “not afraid to take it there” rapper, “8-Mile” star-actor, and ever-controversial Marshall Mathers lacks longevity. Eminem’s music is a shining beacon of originality in a music scene, that, at times, completely lacks it. Ever since hearing “My Name Is (Slim Shady)” at summer camp probably around the age of 10, knowing “my parents would kill me if they knew I was listening to such profane music” (lol) I knew there was something special about Eminem. He had a very unique sound, that sounded authentic, not faked, and some killer back-up in production and features. Working with Dido, Dr. Dre, 50 Cent and countless other artists Eminem certainly has a spot in the circle of “Greatest Rappers of All-TIme.”

Check out this classic throwback and leave comments below about what you think of Recovery and Eminem as a rapper.

I’ma blaze high, til’ the day I die
sweat the shit out, every tear, every lie
Anybody wanna dance with meh?
Sippin’ on my rum in the corner still, ah

Bring the base up, make a blasta block!

Major Lazer’s lastest album Peace is the Mission has generated a lot of buzz in the music world, especially concerning EDM. With the chart topping single featuring Ariana Grande, “All My Love” dominating US (and worldwide) airwaves it’s only right to do a feature on another quite popular, more eclectic single from the album “Too Original.”

END_OF_DOCUMENT_TOKEN_TO_BE_REPLACED

I fight for you,
I didn’t wanna have to raise my voice…
I’m right for you,
You really leave me with no choice…

Morgan Page’s “Fight For You” is already epic enough in it’s original form, with the incredibly festival-ready mash-up take on Page’s own “Fight For You,” combined with Nima Nesta’s “Derby” in “Derby Fight“. or the deep ambient, Sultan & Shepard Remix or the dubstep-heavy Culture Code Remix. The Beltek Remix is another great, mixable remix emphasizing the heavy atmospheric basslines and melodies inherent in the popular song. Having been remixed six ways to Sunday there is a remix in probably at least one genre that any person alive would enjoy. Check some of them out below:

[Dance/Electronic:] Fight For You – Morgan Page

California based electronic producer KickRaux and El Paso-native hip-hop/trap producer Riot Ten and Jack Bass released a massive trap remix of Jumpin’ Like Jordan several months back. If you haven’t heard it be sure to check it out. This remix adds several layers of bass, trappiness and an even nastier twerk-inducing 4×4 rhythm than the original song, sure to tear up clubs and festivals, alike. The artists offer the song as a free download on Soundcloud.

Riot Ten also has a sick remix of O.G. Maco’s smash-hit “U Guessed It” and is one of the best remixes I have heard of the song. You can also download it for free on his Soundcloud.